The stars of Albireo

for those who love astronomy, and for amateur astronomers. the star named albireo is also one of the most popular star hotspot in the autumn night sky!, although the star has magnitudes of about +3.8, albireo is one the many stars of constellation Cygnus (swan) with the best view from earth because of best combination of these double stars.


there are different colors of each one of theme albireo 1 has a color of orange star while the albireo 2 has color of blue star. the combination of two stars is very brilliant for amateur astronomers target object. if you are using telescope of at least 50 mm, albireo is clearly visible and obviously has different pair of colours. from about 380 light years away, albereo is lies within our milky way galaxy disk. 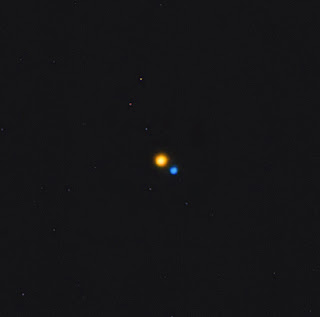 The Universe is all of things and time[a] and their contents, including planets, stars, galaxies, and all other forms of matter and energy. While the spatial size of the entire Universe is unknown,it is possible to measure the size of the observable universe, which is currently estimated to be 93 billion light-years in diameter. In various multiverse hypotheses, a universe is one of many causally disconnected constituent parts of a larger multiverse, which itself comprises all of space and time and its contents.The earliest cosmological models of the Universe were developed by ancient Greek and Indian philosophers and were geocentric, placing Earth at the center. Over the centuries, more precise astronomical observations led Nicolaus Copernicus to develop the heliocentric model with the Sun at the center of the Solar System. In developing the law of universal gravitation, Isaac Newton built upon Copernicus' work as well as Johannes Kepler's laws of planetary motion and observations by Tycho Brahe. 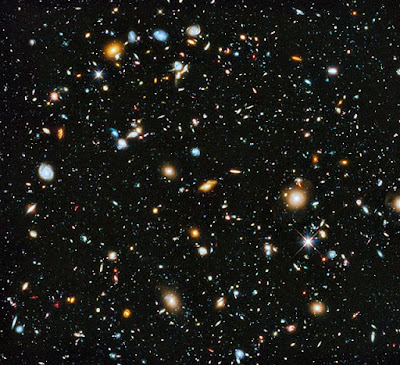 Further observational improvements led to the realization that the Sun is one of hundreds of billions of stars in the Milky Way, which is one of at least hundreds of billions of galaxies in the Universe. Many of the stars in our galaxy have planets. At the largest scale, galaxies are distributed uniformly and the same in all directions, meaning that the Universe has neither an edge nor a center. At smaller scales, galaxies are distributed in clusters and superclusters which form immense filaments and voids in space, creating a vast foam-like structure. Discoveries in the early 20th century have suggested that the Universe had a beginning and that space has been expanding since then, and is currently still expanding at an increasing rate. The Big Bang theory is the prevailing cosmological description of the development of the Universe. Under this theory, space and time emerged together 13.799±0.021 billion years age and the energy and matter initially present have become less dense as the Universe expanded. After an initial accelerated expansion called the inflationary epoch at around 10−32 seconds, and the separation of the four known fundamental forces, the Universe gradually cooled and continued to expand, allowing the first subatomic particles and simple atoms to form. Dark matter gradually gathered, forming a foam-like structure of filaments and voids under the influence of gravity. Giant clouds of hydrogen and helium were gradually drawn to the places where dark matter was most dense, forming the first galaxies, stars, and everything else seen today. It is possible to see objects that are now further away than 13.799 billion light-years because space itself has expanded, and it is still expanding today. This means that objects which are now up to 46.5 billion light-years away can still be seen in their distant past, because in the past, when their light was emitted, they were much closer to Earth. 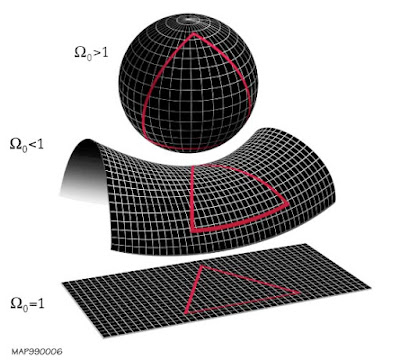 From studying the movement of galaxies, it has been discovered that the universe contains much more matter than is accounted for by visible objects; stars, galaxies, nebulas and interstellar gas. This unseen matter is known as dark matter (dark means that there is a wide range of strong indirect evidence that it exists, but we have not yet detected it directly). The ΛCDM model is the most widely accepted model of our universe. It suggests that about 69.2%±1.2% [2015] of the mass and energy in the universe is a cosmological constant (or, in extensions to ΛCDM, other forms of dark energy, such as a scalar field) which is responsible for the current expansion of space, and about 25.8%±1.1% [2015] is dark matter. Ordinary ('baryonic') matter is therefore only 4.84%±0.1% of the physical universe. Stars, planets, and visible gas clouds only form about 6% of ordinary matter, or about 0.29% of the entire universe. There are many competing hypotheses about the ultimate fate of the universe and about what, if anything, preceded the Big Bang, while other physicists and philosophers refuse to speculate, doubting that information about prior states will ever be accessible. Some physicists have suggested various multiverse hypotheses, in which our universe might be one among many universes that likewise exist.
Posted by reynold chong at 4:10 AM No comments:


To all person who love astronomy, or if you are amateur astronomer. you have first step to observe the night sky using your own astronomical telescope. moon is one the most basic object for begginner and obviously it is very bright object in the night sky during this maximum illuminated. if you are using 80 mm telescope you will see most of best and largest crater on it. the next step you will see using your telescope are two largest jovian planets in our solar system like Jupiter and Saturn. most of all proffetionals and ordinary astronomers are always target of these two objects because of their different characteristic event such as changing jupiter's moon position, Jupiter impact, Saturn's ring disappearance view from earth and many more.
Posted by reynold chong at 2:04 AM No comments: 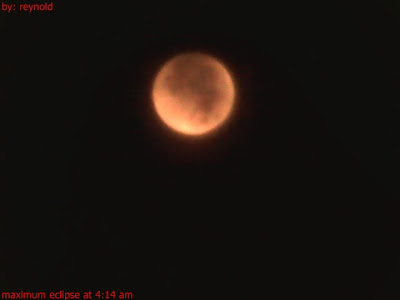 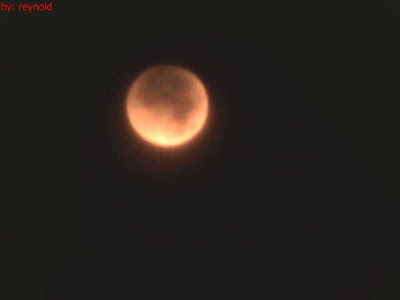 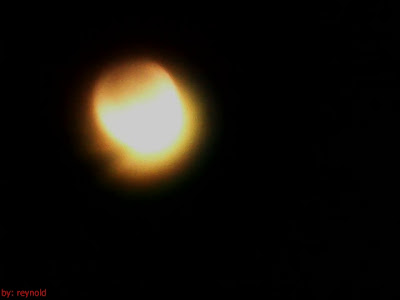 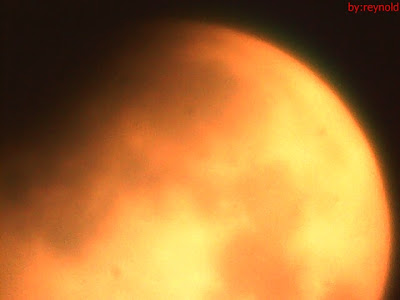 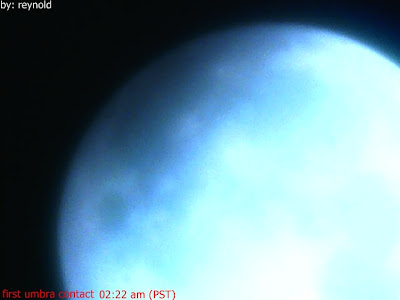 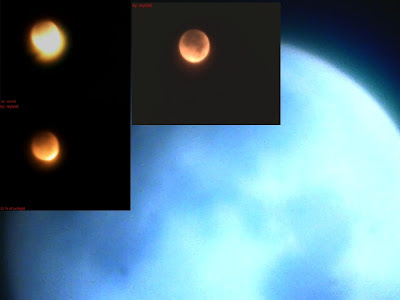 last june 15 2011 20;14 UT, total lunar eclipse occured in the philippine sky at 04:14 am (june 16). as total lunar eclipse, the moon is very nice view during the maximum eclipse, many filipino astronomers and observers enjoyed to observing the eclipse because super shadow is visible lies the center of the moon on the philippine standard time (PST) at 03:33 am, and yet this eclipse is most recent on this year. The second total lunar eclipse of this year occur on december 10 2011, and thanks the sky because during the eclipse has no cloud.
Posted by reynold chong at 1:52 AM No comments: 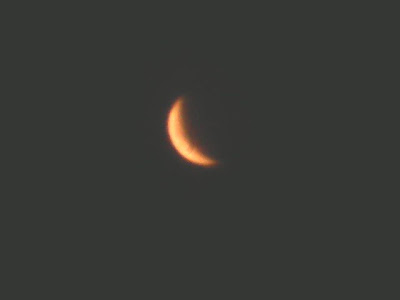 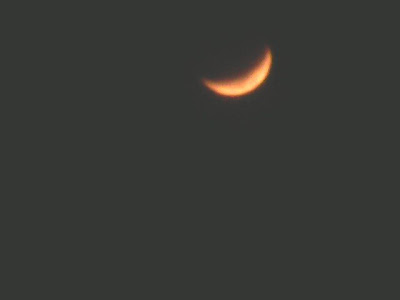 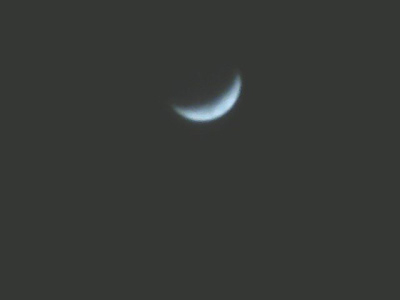 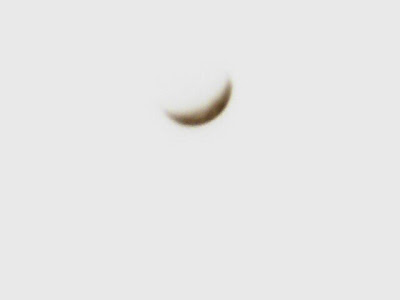 hi everyone, crecent moon or 30% light is visible over philippines, 10 days before first of two total lunar eclipse of this year. eclipse will be visible in the philippines. and now who will be able to witness the eclipse.
Posted by reynold chong at 7:50 PM No comments: 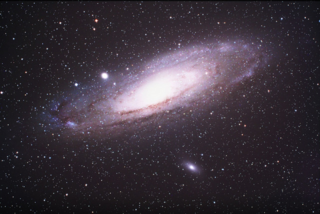 The Andromeda Galaxy (IPA: /ænˈdrɒmədə/, also known as Messier 31, M31, or NGC 224; often referred to as the Great Andromeda Nebula in older texts) is a spiral galaxy approximately 2.5 million light-years away in the constellation Andromeda. It is the nearest spiral galaxy to our own, the Milky Way, and is visible as a faint smudge on a moonless night to the naked eye.

Andromeda is the largest galaxy of the Local Group, which consists of the Andromeda Galaxy, the Milky Way Galaxy, the Triangulum Galaxy, and about 30 other smaller galaxies. Although the largest, it may not be the most massive, as recent findings suggest that the Milky Way contains more dark matter and may be the most massive in the grouping. However, recent observations by the Spitzer Space Telescope revealed that M31 contains one trillion (1012) stars, greatly exceeding the number of stars in our own galaxy. 2006 estimates put the mass of the Milky Way to be ~80% of the mass of Andromeda, which is estimated to be 7.1×1011 solar masses.

At an apparent magnitude of 4.4, the Andromeda Galaxy is notable for being one of the brightest Messier objects, making it easily visible to the naked eye even when viewed from areas with moderate light pollution. It appears quite small without a telescope because only the central part is bright enough to be visible, but the full angular diameter of the galaxy is seven times that of the full moon.
Posted by reynold chong at 3:51 AM No comments:

Posted by reynold chong at 6:00 AM No comments: 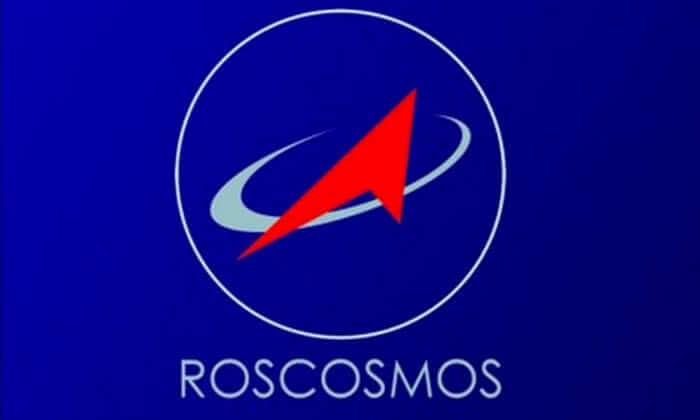 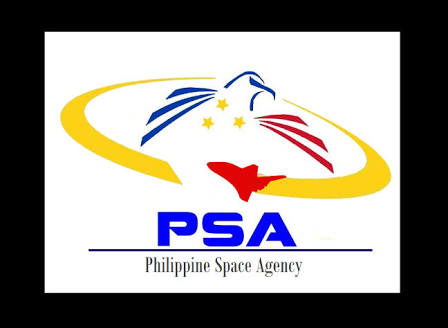